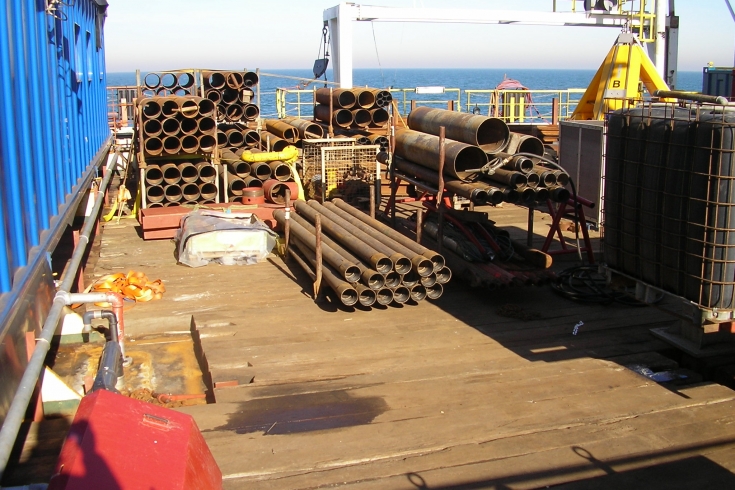 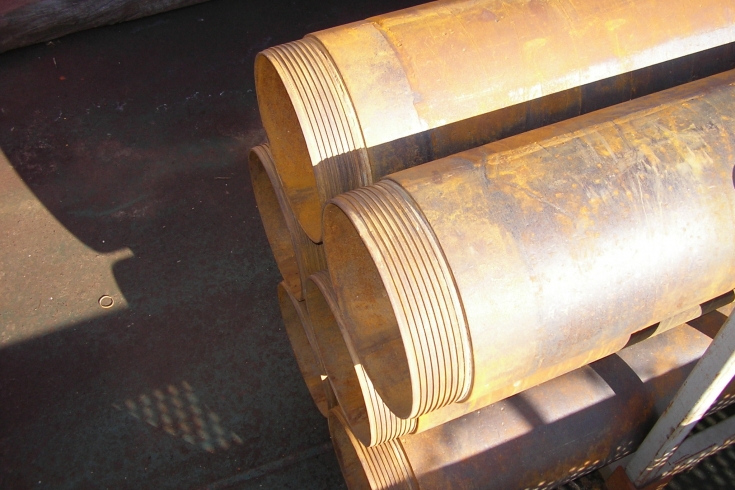 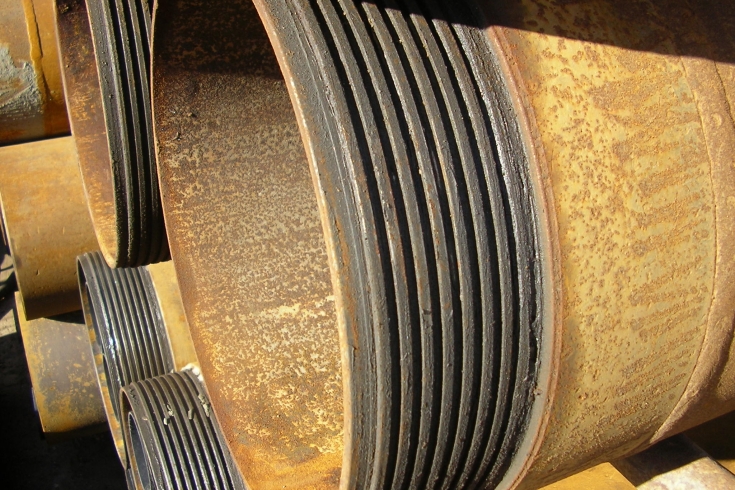 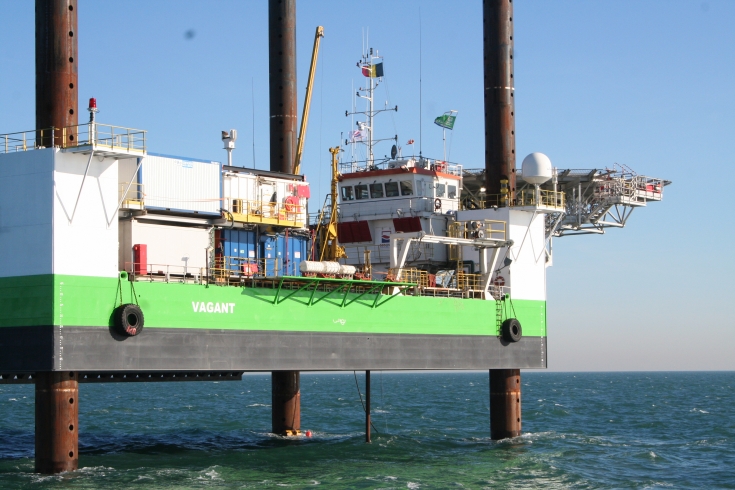 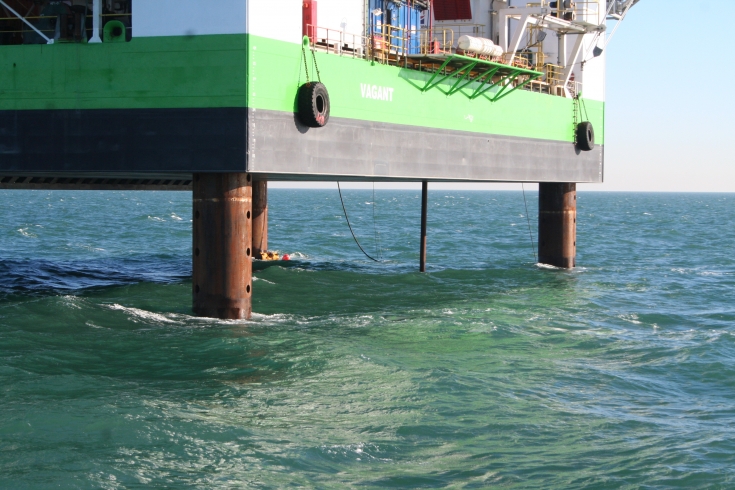 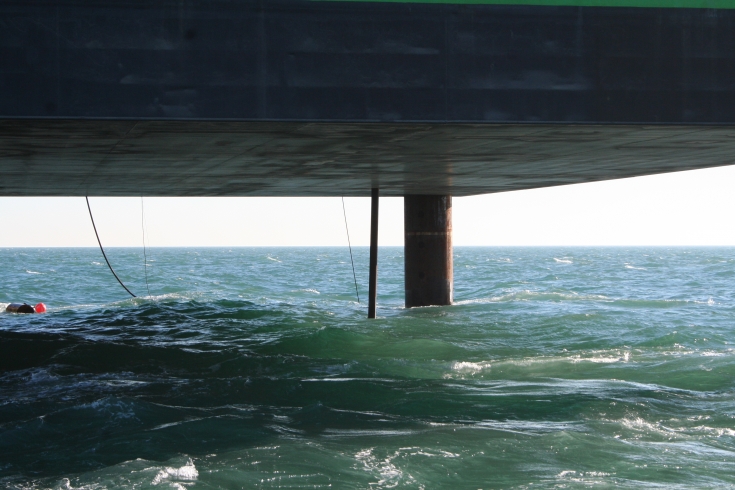 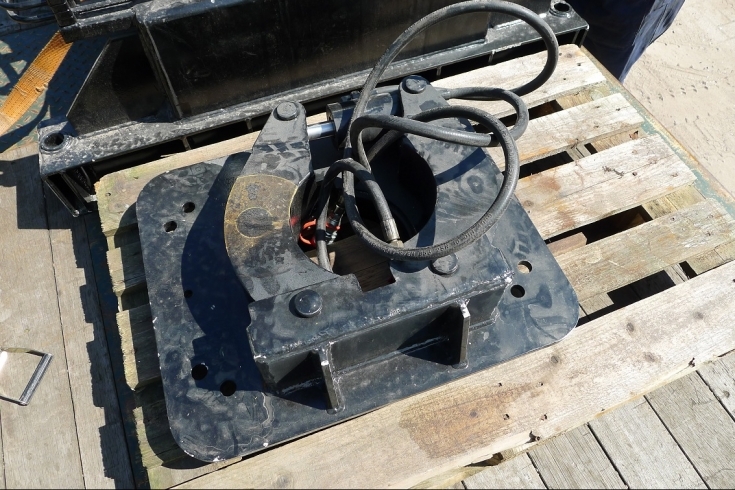 When doing a nearshore CPT test, a “standpipe” is to be used at all times. This pipe shall act as the major casing through which all other tubes will run, such as the CPT casing, the CPT sounding tubes and possible drill-string. The standpipe has to be lowered by means of a crane or alike and fixed into the seabed in such a manner that the flow has no influence on the standpipe. The best moment to place the standpipe is at neap tide when the influence of the tide is minimum. The standpipe is for obvious reasons be placed as vertical as possible.

The standpipe (OD = 225, ID = 200 mm) has a total length of 25 meter and comes in elements of different lengths. This enables the CPT operator to compose a standpipe tailored for the water depth at the testing sport.